“The Smart Cities Mission is a bold new initiative by the Government of India to drive economic growth and improve the quality of life of people by enabling local development and harnessing technology as a means to create smart outcomes for citizens."

The Mission Statement and Guidelines acknowledge that there is ‘no universally accepted definition of a Smart City’. Each city is expected to craft its own vision, goals and sub-goals of a ‘smart city’ that emerges from a citizen driven planning process.

“Smart Cities focus on their most pressing needs and on the greatest opportunities to improve lives. They tap a range of approaches – digital and information technologies, urban planning best practices, public-private partnerships, and policy change – to make a difference. They always put people first."

Stage 1 of the Competition: Short listing of cities by states June- July 2015

The State/UT begins with shortlisting the potential Smart Cities on the basis of conditions precedent, scoring criteria and in accordance with the total number allocated to it. Stage 1 commenced on August 27, 2015 with short listing of 98 cities.

Stage 2 of the Competition : Challenge Round August- December 2015

In the second stage of the competition, each of the shortlisted Smart Cities prepare their Smart City Proposals for participation in the ‘City Challenge’. The Challenge is designed to inspire greater creativity from municipal officials and their partners, more involvement and inspiration from citizens, and the development of proposals that will produce concrete benefits in people’s lives. Of the shortlisted cities, a total of 20 cities with exceptional proposals will be named winners to begin implementation of their proposals. Each city formulates its own unique vision, mission and plan for a “smart city”- the Smart City Proposal. The Smart City Proposal will include:

A.A Bold Vision :Each city must convey its own unique vision that reflects local context, its resources, and the priorities and aspirations of its citizens.

B.Pan-City Initiative :Cities draw inspiration from smart solutions that incorporate the use of technology, information and data to improve services or results for citizens. The pan-city initiative must touch the lives of many, or potentially all, of its citizens.

C.Area-Based Development Plan Proposal :This plan will transform an existing place within each city, creating an exemplar for other areas in the city, or across the country, to follow. Depending on local circumstances, cities may choose one of three approaches: retrofitting, redevelopment, or Greenfield development.

Selected cities setup up Special Purpose Vehicle (SPV) and start their implementation of their Smart City Proposal. Other cities prepare to improve their proposal for next round of the challenge. 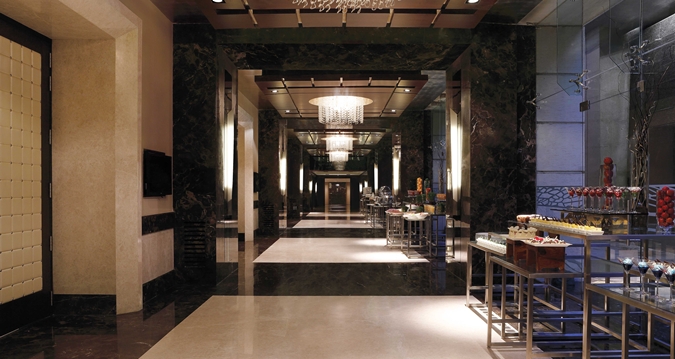 We understand our customers. We are ready to help you in selecting the best party halls in Haldia or the best banquet halls in Haldia based on the events you want to celebrate which deserves to be cherished for posterity.